why I fight for Planned Parenthood & why you should too

an action that makes an idea impossible

Planned Parenthood doesn’t deserve to be the center of such negative attention.

Tell me, why, for the amount of work it has put into saving the lives of our people, is it being threatened by our people? My reproductive freedom is something I was born with.  Please, can someone tell me why am I forced to stand up for it 22 years later? It’s the 44th anniversary of Roe v. Wade. (FACT: Roe v. Wade guaranteed the right to a safe and legal abortion in the USA), why, after 44 years, are women marching to ensure that we continue to have this right? CAN SOMEBODY TELL ME?

Am I a slut for entering the doors of Planned Parenthood? For ensuring that the one night stand I had doesn’t determine how I can live the rest of my life? If someone isn’t referring to me as a slut for using Planned Parenthood, are they assuming that I’m having an abortion when they see me walk up to those doors? Well, if they do, so what if I am? Do they know how much I make in a week, what I intend to do with my twenties before I have a family? Or if I’m even able to have a safe pregnancy? May I die if I carried on with the pregnancy? Well, to protect myself from getting pregnant, what if I didn’t know how to get birth control? What if I was never introduced to it? Or had insurance? Or a doctor to prescribe it?

I had unprotected sex. Shocker. But then things start to get a little weird down there. Naturally, my ass starts to panic. “it’s probably nothing” my friend says, mean while 2 weeks ago she was crying to me “AND THEN *sob sob* SHE SAID SHE’LL BE RIGHT BACK” telling me a horror story about going to see her gyno when she had a little question about a questionable feeling down there. (We are all following this down there reference, correct?) Anyways, she claims I’m freaking out for no reason. Although, this may be true. Who’s the say it’s not just paranoia? I have no clue what he’s doing over there, having sex with anything that moves, I hardly see the kid. Paranoia sets in again. Visions of him having sex with girls who had sex with other guys so on so on. *gags*

It being my first year living in Boston, I didn’t have my car. Therefore, traveling back to my hometown to see my doctor was a two hour trip by bus. Being a full time student and having a part time job, this trip wasn’t going to fly w/ my schedule.

The quickest and easiest way I’ve found to check in on my body when I have these questions has been Planned Parenthood. It’s right off a train stop, it’s clean, the doctors are friendly and when you walk in (ready for this shocker) THERE ARE TONS OF STUDENTS! And all of us have the same questions.

It turned out to be fine. My body was going through its own stage of paranoia. But, what if I wasn’t? What if I was too scared to go to Planned Parenthood because I was afraid of what people may think of me? Or if I believed the rumors that it was a sinful place where a honest woman goes to die a trashy one?

Today, January 31st, there are American people storming the streets of Boston to prove to our Government that no, we will not back down. Because Planned Parenthood has helped us and it’s about damn time we put an end to those who are bullying it.

*To learn more about the history of woman’s health care at Planned Parenthood, watch the clip below. It’s Important! 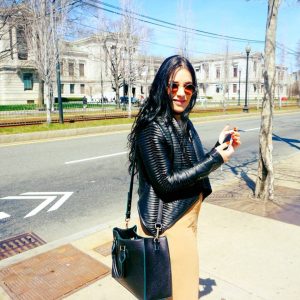 Once upon a time … the website was made by her father for made-up computer games & dressing virtual dolls.  After graduating with a business degree, Siearra was given the opportunity to run a restaurant & plan private events for a music venue.  After hard work comes more blood, sweat and tears.

Siearra has realized she is meant to create experiences for all to enjoy.  Preferably with a cocktail in hand.